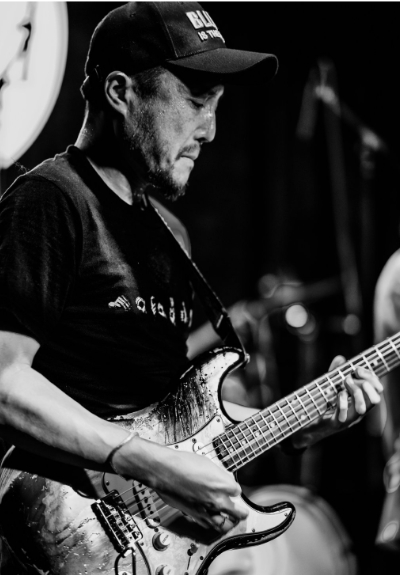 On the way of tone seeking, Wei wei became a great fan of Mad Professor pedals. Royal blue overdrive, Silver spring reverb and Deep blue delay followed him to over 100 live performances each year. “I do not like my tone to be colored too much. Royal blue overdrive is super dynamic and very transparent. It followed me everywhere!”, said Wei wei.