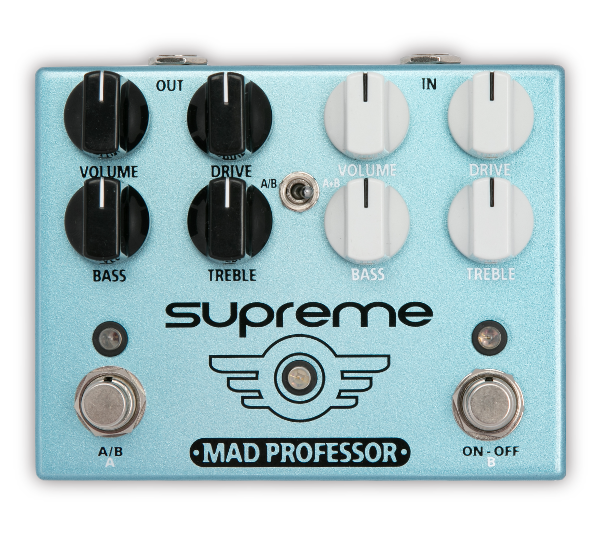 "This is not the first time we are amazed by the quality of an overdrive delivered by the Finnish manufacturer Mad Professor. This time, it is a double overdrive model made in collaboration with the excellent guitarist Matt Schofield."

"THE BLUES. It invokes different responses from different people. Some use it as a crutch for their own shortcomings. Some use it as a tool to fuel creation. However you use it, it is safe to say that almost everyone who has lived enough life to know that it is no picnic out there has experienced the blues. At its best, the blues is a healer, and time is a band-aid that gets you through to the other side. That’s what I like best about blues — the music. When you’re down it helps to wrap yourself up in a blanket of Howlin’ Wolf, John Lee Hooker or your purveyor of choice and let you cares slip away. The music is a bear hug for the down and out.

The tools of the blues have evolved over time, but the bones have stayed mostly in tact. A six- string, a little grit and a pair ofhands with a story to tell remains the base formula — whether its “My baby done left me…” or “Baby, I’m gonna leave you…” For the likes of B.B. King, it was a black Gibson ES355 named Lucille into a vintage Fender amp. SRV slung a Stratocaster like no one before him, adding in a bit of TS-808 rumble before the back- line. More modern blues players have expanded their respective tonal palettes — Joe Bonamassa, John Mayer and others employ a fleet of guitars, stomp boxes and amplifiers to get their respective messages to the masses. However, at the end of the day, sometimes easy is better. A few years ago, guitarist Matt Schofield set out to harness the majority of his signa- ture tones in one utility-style over- drive. A big fan of the Royal Blue Overdrive from Mad Professor, he consulted with the Finnish builder and the result is the new Supreme.

Supreme is a dual channel dirt machine that offers up an impressive spectrum of overdrive tones for the blues rock connoisseur as well as the classic rock-minded player. The ability to shift up and down your pickup selector and have discrete, tailored voices for each ready at the stomp of a switch is a handy function. It might not be revolutionary, but when each side of the pedal is as pleasing as with the Supreme, you are definitely on to something. As rough as the blues can be, it is nice to know that the boys at Mad Professor have got your back and might just have the tool to pull you out of your funk and back up on stage to tell us all a story… about a woman that done you wrong."

The pedal is called Supreme because it simply excels in both tone and functionality. Supreme was born in collaboration with the world famous tone connoisseur Matt Schofield. Matt was looking after the best guitar overdrive tones possible and a specific functionality: two pedals in one, switching from one side to the other with just a single press on the switch.

The tones were set for a great all around boost to low gain drive on the A side used mostly on a neck pickup. The A side is heavily based on our famous Royal Blue Overdrive pedal. And for the B side a fat dynamic tone containing some ”power amp” response with a lot of headroom. The B side is a completely new design and is used mostly on a bridge pickup. This is the way Matt prefers to use the Supreme pedal.

No matter which kind of guitar is your preference, you can fine tune the other side for the neck pickup and the other for bridge and have optimized tones for your pickups by a single press on the switch. Both sides have very versatile EQ sections containing both treble and bass controls for the best results.

Another use of the Supreme would be for example playing into a single channel amp using the other side for a rhythm tone and other side for leads with more volume as well. You have two different gain and volume levels reachable by a single press on the switch going from side A to side B. In another words, you have the ability to easily bypass or switch between two ”channels” with full individual EQ/gain/volume without using a complex programmable switcher!

The fun doesn’t even end here as you can also set both of the drives into independent mode and stack them. Stacking the drives will lead you into another huge variety of tones Supreme will deliver. Supreme in stacking mode works best in case you’re in need for more gain and compression.

You choose what is the best use of Supreme, the ultimate guitar overdrive pedal. 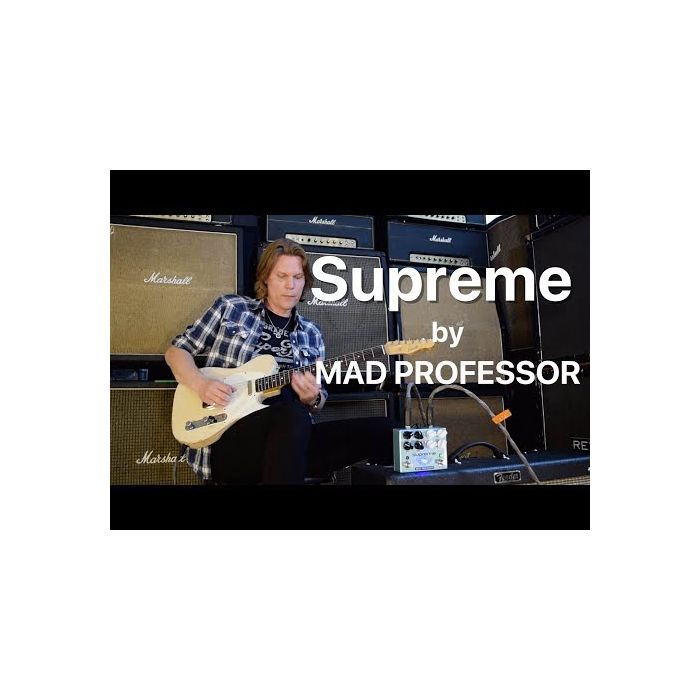