The Royal Blue Overdrive is an extremely touch sensitive overdrive.

THE ROYAL BLUE OVERDRIVE IS AN EXTREMELY TOUCH SENSITIVE OVERDRIVE

"Let's jump right in at the deep end and say that Mad Professor's Royal Blue Overdrive is a very transparent and dynamic performer. It features four highly interactive controls: Volume, Drive, Treble and Bass and though it works much like a regular overdrive pedal, the way the drive control responds is more akin to a distortion pedal in that it can vastly change the tone of the pick attack. With the drive in extreme settings, the pick attack starts to sound squished and aggressive when picking hard, while at lower settings the pick attack becomes more articulate and clear. The bass and treble controls can be used as a neat way of cutting high and low end, or they can be used together as a mid cut or boost.

One of the classic ways an overdrive is utilised is as a boost to push the front end of a lightly driven amp. The level control on the Royal Blue tailors the overall output of the pedal, so turning this control to full with the drive backed off, you can overdrive a lightly driven amp creating a slightly different feel and tone than if you were to overdrive an amp without a pedal, using its own controls. Pushing the front end of an amp seems to tighten and slightly compress the tone, whilst giving more overdrive and sustain. This is a common trick used by players from the bluesy Stevie Ray Vaughan to the super metal guitarists in Meshuggah.

What this means is that having an overdrive pedal in your signal chain is a great way to achieve a whole world of versatile tones and the Mad Professor Royal Blue does just that, without colouring your original tone too much. In fact the pedal is not putting anything ‘onto’ your sound - it's emphasising what is already there in the amp and the guitar you are using. If you have a spanky sounding Strat style guitar with single coils, you will get a fantastic glassy, saturated overdrive tone at extreme settings. If you have a Les Paul style guitar with humbuckers, you'll get a thick creamy burning tone. If you have an 8-string guitar, you'll be able to tighten the low end of that instrument making it fit in the mix better and sound heavy and aggressive with a clean cut articulate tone.

The Royal Blue might not be as aggressive as some overdrive pedals on the market, but you certainly get a lot of versatility and quality in one neat box. I can highly recommend this pedal to a guitarist looking for a well made, broad range, versatile overdrive pedal."

Royal Blue Overdrive offers a wide range of tones from light overdrive into distortion and at lowest Distortion knob setting works as an EQ. It can also be used to create tube amp-like crunchy ‘strike hard for distortion’ effect. There is not much filtering on the overdrive, to provide a transparent tone that you can tailor with both the Treble and Bass controls.

Like the best boutique amps, the Royal Blue OD lets you determine the amount of breakup by how hard you strike the strings with your pick, and/or by adjusting the volume knob on your guitar.  The Royal Blue can add this level of expressiveness to any clean or slightly overdriven amplifier. 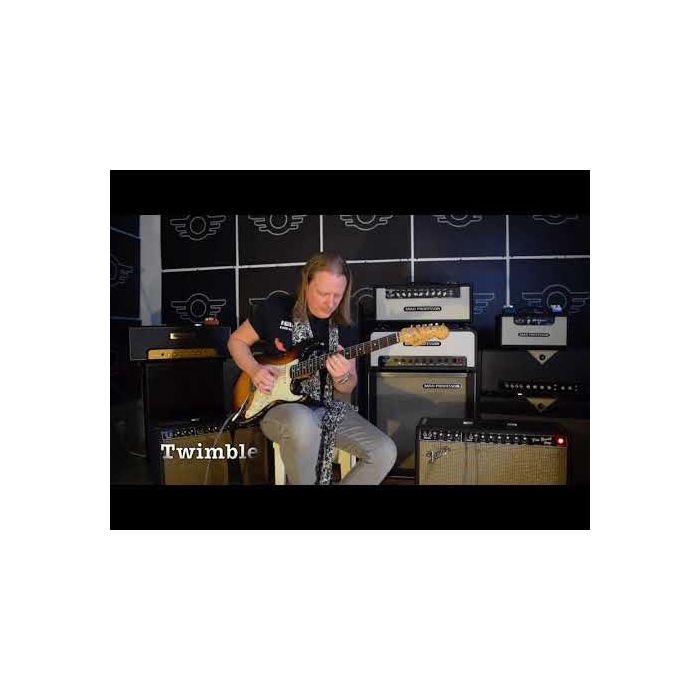 Skip to the beginning of the images gallery
CONTROLS VOLUME: Sets the overall output level of the pedal. DISTORTION: controls distortion, for most dynamic response set where the amount of distortion is controllable with picking force. TREBLE: A boost/cut “shelving” type equalizer that controls the amount of high-end, operating where the Presence control is on most amplifiers. Treble can be used to add shimmer to even bright amplifiers without interfering with a typical treble boost of most amplifiers. BASS: A boost/cut shelving type equalizer that controls the low end, just above resonance of a standard 4×12 cabinet. With both Bass and Treble turned up, you can get a scooped heavy tone; turn the knobs down for soft mid-boost tone. SETTINGS For Midboost: set Treble and Bass fully CCW. For Midcut: set Treble and Bass fully CW. ELECTRICAL SPECIFICATIONS Current draw: 3.5mA at 9V DC Input impedance: 140K Output impedance: 25K Voltage range: 7.5-12V’s POWER REQUIREMENTS 6F22 9V battery or DC eliminator 2.1 mm plug center negative and positive sleeve. EAN: 643003309 130 2
Download manual
More Information