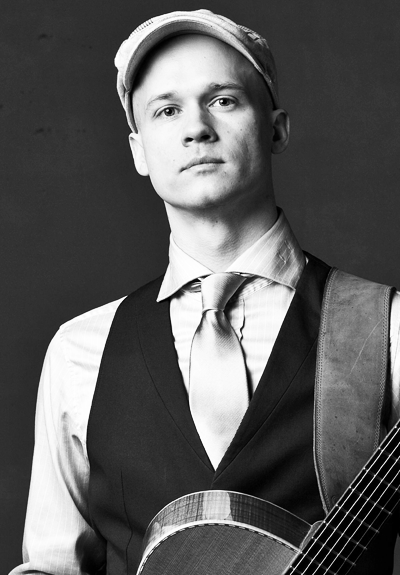 Petteri Sariola (1984) is a fingerstyle virtuoso. He's known for his fierce live performances, beautiful songwriting and percussive approach on the acoustic guitar. He picked up the six string at the age of 7, but after countless non-functional bands he ended up developing a style of his own, covering all the sounds of a full band on a steel-string acoustic while singing his heart out. No loops, no backing tracks. Sariola has released four solo albums, played almost a thousand shows touring solo around Europe, USA and Japan, and reached millions of viewers on YouTube. Sariola's latest solo album "Resolution" has received raving reviews and it concludes a 10 year project of creating a trilogy of albums containing original compositions

"I found the Forest Green Compressor and the Little Green Wonder around 2009. These pedals had the sound that I had been looking for years. They instantly became my go-to pedals and they're on practically all the time. I have the LGW overdrive even on my acoustic board!"