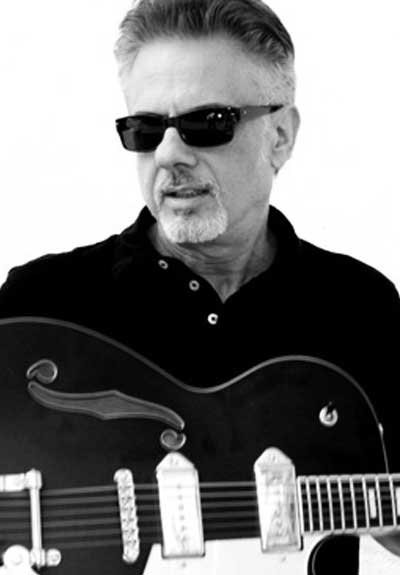 Multi-platinum, Grammy Award-winning Producer/Guitarist Pete Anderson is most widely known as the musical partner to Dwight Yoakam, whose records he produced/arranged/and played on from 1986-2003 resulting in sales of 25 Million and counting. Pete is also well-known as a pioneer in the roots-rock genre and was an early champion of the Americana movement, where he had a hand in introducing the world to artists such as Lucinda Williams, Jim Lauderdale, Michelle Shocked, Rosie Flores, and, more recently, Adam Hood. He is also a renowned bandleader who has appeared on Saturday Night Live, David Letterman, and The Tonight Show (19 times since 1986) and has played over 3,000 live shows in upwards of 15 countries around the world. While Pete’s work as a producer/arranger/guitarist has resulted in acclaimed records in the Country, Folk, Singer-Songwriter, Rock, Pop, R&B, and Red Dirt genres of music, his focus as a solo artist has always been his first musical love – The Blues.