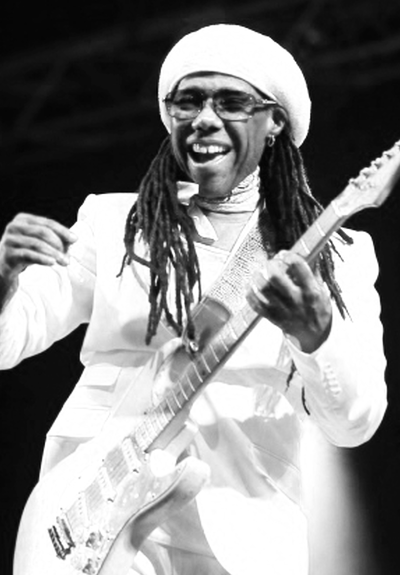 Nile Gregory Rodgers Jr. (born September 19, 1952) is an American record producer, songwriter, musician, composer, arranger and guitarist. He is the lead guitarist and co-founding member with Bernard Edwards of the band Chic, which has been active since 1976 and was one of the most successful groups of the disco era.

Nile is using a Mad Professor Snow White AutoWah for his famed ”chucking” rhythm guitar style. He loves the pedal so much that he carries a backup with him just in case!