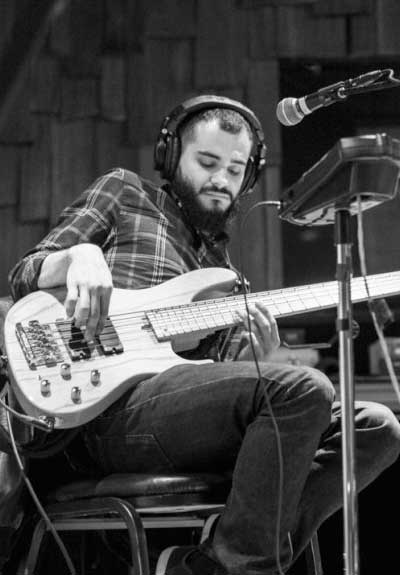 Max Moran began his studies in music with violin lessons at the age of five. He later became interested in the guitar and soon found that the bass was his calling. A summer spent at Jazz Aspen JAS Academy, a renowned jazz residency program, was instrumental in his early growth and development. While enrolled there he met and had the opportunity to share the stage with bass master Christian McBride and piano virtuoso Benny Green, both of whom were impressed with Max’s playing and who encouraged him to continue to pursue his musical ambitions.