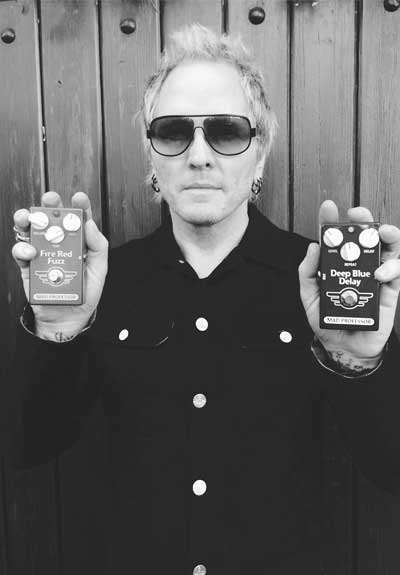 Matt runs a high-end studio called the Drac Studios that has been used by many A-list players like Billy Gibbons, Billy Idol, Slash, Dave Navarro… Mad Professor pedals are part of his studio gear.