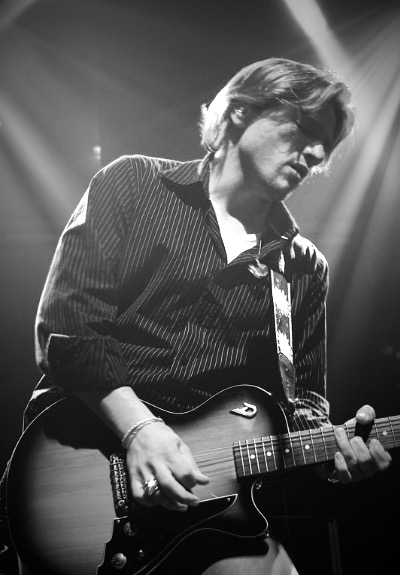 Singer songwriter, but also known worldwide as George Hamilton V's Tele-slinging sidekick, "Big Joe" Barret finally stepped up to bat in 2006 with his first album: "SPECIAL SAUCE". Of course the album was Produced in NashVegas, Tennessee by big brother & "NashVegas Nomad 1" --Geo. V, who's also co-writer on several of the songs. The inspiration is mainly Southern Rock and Roots, but the screamin' guitar always has the St. Louis MO hometown flavor: The Blues.

Big Joe is in France at the moment playing a steady gig at "Billy Bob's" (Disney Village), and numerous shows (more than 5000 to this day!) all around the world either with Geo. V or The Space Cowboys.

“He later released the "Watchin' Somethin'" EP, including the hit song "You & Me". The « Watchin' Somethin'" song was used for years on Mad Professor’s website and was also picked to appear on a Warner Music compilation called Country Roads II…

Joe’s next album "What the Blues Is Going On?" will be released soon.